Apple’s iOS 14 Update: What It Means For Marketers

Advertising in 2021 is changing, and in a big way. As a move towards transparency, Apple is making an update which will drastically change the landscape of digital advertising and how marketers reach their audiences.

In June, Apple announced that iOS 14 is going to give users the option to decline app ad tracking, which is a big deal for app developers and advertisers. As a move towards transparency, users are going to be asked whether they want an app to track them via a pop-up.

This primary update most concerning to advertisers and marketers is ATT prompt... App Tracking Transparency. Aka a prompt will pop up that allows you to opt-in or out for tracking.

For paid advertisers, this is pretty important as it impacts targeting, reporting, and optimization, which is why Facebook is taking a stance against the update... and why they haven’t implemented ATT yet on their app.

While this specific update hasn’t “rolled out” YET, it’s going to impact most apps in the app store. (Not just Facebook)

Some apps have already decided to get ahead of the curve and rolled out this transparency feature, while others are waiting for Apple to tell them when they HAVE to do it.

Apple charges a 30% app tax for app purchases and in-app purchases. However, advertising platforms like Facebook don’t pay this tax for the most part. They make their money with app user data and ads, tax free.

With users having the ability to decline tracking, it’s likely that targeting options on Facebook are going to be less powerful. For brands, it’s going to change how we re-market, target and optimize information.

It’s going to happen for iPhone users who update their iOS *and* their apps, which a ton of people don’t do that often. Meaning this will be a staggered roll-out and impact.

“30% of people will probably be impacted right away by the iOS 14 update, and then there will be a trickle down to everyone else who updates later.” @tonydoesads (click to tweet) 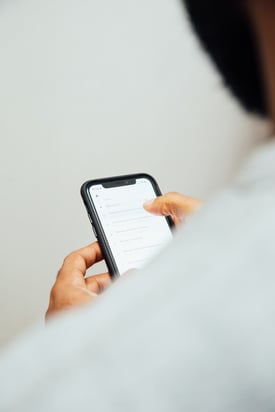 Tracking is going to be more limited for small business owners, therefore mapping clear goals as to what you’re looking to do, and what is currently working in your organic social media marketing, is going to help you get clarity on what is worth paying for.

Rather than obsessing over where to spend your dollars, we advocate that your brand should focus on building relationships.

Posting strong organic content is the first step to strong paid ads. Understanding what works organically is a huge indicator of where you should put your paid ad dollars.

“You can see who is tracking you on Facebook; this isn’t a new thing. As we have more conversations about this, people are going to be more concerned about their privacy and so you need to show up in a real way.” @jessikaphillips (click to tweet)

It’s more about creating that transparency with your audience.

How Does This Impact Businesses?

When it comes to the iOS 14 update, Apple is essentially telling app developers “deal with it.” They’re going to have to comply with this ATT mandate whether they want to or not.

That said, ads aren’t going away by any stretch of the imagination. All that this means is that targeting is going to become limited and reporting may not be as clear as it once was.

“This is going to impact small and large businesses. You’re still going to be able to track lead generation, it’s more the re-marketing and optimization for #eCommerce selling.” @tonydoesads (click to tweet)

The shift is towards transparency - and empowering customers. It’s about providing a better experience online, writing better copy and creating better ads.

What that means? >> If you’re doing good business, you’re going to continue to win.

“The tech - or any - companies that provide the best experience for everyone are the ones that are going to win.” @jessikaphillips (click to tweet)

Duplicating your landing pages so that you can start to execute testing, and look at the data inside of Google analytics, so that you can accurately calculate your cost per lead, will be hugely beneficial.

“This isn’t just an ad thing, it’s an SEO-thing too. It’s going to be harder to track people coming in from a search.” @jessikaphillips (click to tweet) 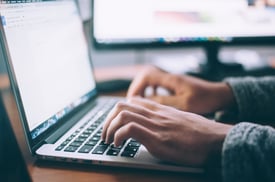 What that means is that the BEST lead-generator is truly word of mouth. Getting people to opt into you - and giving them something worthy of opting in for - is where it’s at.

If all you’re doing is boosting on Facebook, you probably won’t be impacted too much.

You’re going to have to work with people who know what they’re doing when it comes to moving forward with paid ads. Finding people who really know their stuff when it comes to media buying will help because as a small business owner, it’s just not simple and clear-cut.

Looking ahead, it’s going to become increasingly important to work with folks who really understand the ins and outs of Facebook ads.

Instead of executing ads to sell, the shift is going to be towards using ads to start relationships with people. Sending them to a valuable form and using that as lead generation, versus just trying to get the immediate sale.

The future is relationship marketing!

The more strategic you can get, the better!

What do you think the new iOS update is going to mean for businesses?

Everything Your Brand Needs To Know About The iOS14 Update

Outlook for iOS: A Review