Honest question: Are you a leader?

First, think of someone you consider a great leader. No really, visualize a living, breathing person you look to as a leader.

Who comes to mind? A general, a boss, a coach? A coworker?

Second, what makes that person a leader? Is it simply his or her status or rank? Or is it the characteristics he or she displays?

One of the best leaders I’ve ever worked with has never been a boss or a supervisor or a coach, and probably won’t be. But in our office environment at that time, everybody looked up to him and sought out his advice.

He didn’t demand respect, but he got it.

He didn’t yell, but he was heard.

He didn’t hold meetings, but he held our attention.

That’s because leadership is about characteristics not titles. Who you are trumps what your nameplate says. And whether you’re a leader or not, everyone around you knows it.

You can’t fake the pack, it just doesn’t work.

But sometimes it’s hard to tell if you are a leader. Once you understand your leadership abilities, however, it goes a long way toward your confidence and your ability to take charge when the time is right. 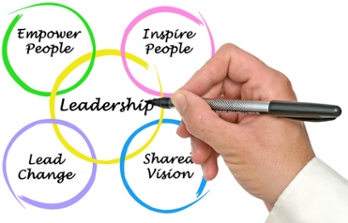 Leaders don’t play “pin the blame on a coworker.”

Leaders look at the big goal and find ways to get there.

Leaders are confident but not arrogant. No, seriously, leaders are often very humble.

Leaders are inclusive, they’re team players and they’re well-respected and liked for that.

Leaders are empathetic and intuitive. They’re also patient, confident and know when to talk and when to listen.

Leaders aren’t afraid to make mistakes, to admit they made them and to apologize.

The truth is, all leadership flows from one thing: A dedication to people. Not only are leaders dedicated to the members of their own team but to their clients, to the people they’re trying to help. 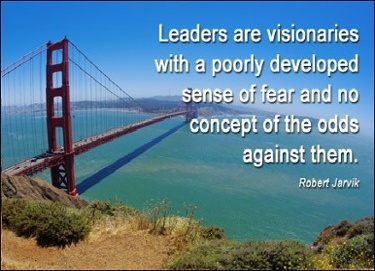 Are you a leader?

It’s not always easy to accurately gauge how people see you. Seriously, who knows what people say about you when you leave the room? (I’m not trying to make you paranoid, just being honest.)

But you can probably get a good idea of your leadership capabilities if you think about it. First, look at yourself in the mirror and honestly ask yourself which of the above qualities sounds more like you? Do you put your team members, co-workers and the overall goals first or do you put yourself and your own career goals first?

And how do those team-members act toward you? Do they come to you because there’s no better option or are you simply the best option?

More importantly, when the chips are down does everyone look to you or away from you?

These are some tough questions but it’s important you’re honest with yourself if you want an accurate view of your leadership abilities and where they can take you.

One last thought: Good leaders are often subtle. They may not jump out at you all the time because anti-leaders are the ones constantly trying to impress the boss.

Good leaders have no problem sitting back, doing the right thing and being acknowledged later, if ever.

How To Channel Your Inner Leader And Start Leading With Confidence

The Power of Leadership Through Laughter