It's Time to Redefine Influence

It’s time to redefine influence. For years, the popular misconception has been individuals with large social media followings are more influential than those with only a few dozen. I’m here to argue you can be more influential with a small but passionate group rather than with a large but unconnected fan base.

It starts the the “Why” factor. Simon Sinek does an excellent job in this video explaining the misguided approach companies take when marketing themselves. They start with “What” their product is and worry about how to make as much money as possible with it.

In reality, they should start with the question “Why” — why does their company even do what they do? Are they passionate about providing a service or creating great products? Figuring out these questions first will lead to a loyal fan base  — and then the influence will follow.

Your influence should work the exact same way. 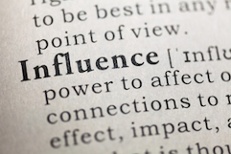 I started this blog on my grandparent’s anniversary, thinking about my late grandfather and his legacy — and feeling a bit sorry for myself for not having his level of influence. At his funeral, everyone could attest to at least one way grandpa affected their life.

Being pessimistic at that moment, I began to think about my (perceived) lack of influence in my 33 years. My Twitter following, for example, is only a paltry 161. Compared to “the greats”, such as @SirPatStew, I am a drop in the bucket.

But I stopped and asked myself: why does this number even matter to me? My first reaction would be to drive traffic back to NOW Marketing. And while an admirable goal, it’s not a valid “Why” — It’s a “What”, a focus on the end result.

Instead, my top priority should be 3: the number of people in my household.

What legacy do I want to leave behind? How do I want to be known? Browsing my Instagram feed, you see my core themes: among family, you’ll see legions of Transformers, Lego, Columbus Blue Jackets, and running photos. Those topics define me.

I want to be known as a man who put his family in everything he did. Family permeates through those other themes — including business. I love my wife and strive to be the best husband I can. We enjoy cheering the Jackets on together.  My kids and I enjoy building Lego sets (and we probably buy a new one every week!).

My influence here is a 3. But in the long term? It’s an unknown number which will eventually increase as a result of my devotion to a very small number now. By being the best I can in this area, I will eventually influence many more than I currently do, whether in work or play.

This same model should apply to your business. Why do you do what you do? Making money shouldn’t be your answer. That’s the same as me trying to drive traffic back to NOW Marketing via Twitter. Instead, be the best at your “Why” and the influence will follow.

Do what you do because you are the best at it.

Do what you believe in. Remember, Martin Luther King didn’t say “I have a plan!” — he said “I have a dream.” His passion rallied the masses, his emotion captivated the nation. His influence came as a result of his belief, not an end result.

Be influential because you are passionate about your service, not because it will make you a ton of money. Whether your circle of influence is 161 or 161,000, the answer is the same: be YOU.

You may never have an influence as wide as some, but however large it eventually is — make your brand be a true reflection of you. Leave behind a legacy that they’ll be talking about a 100 years from now.

We can help refine your influence, because its our goal to help businesses succeed. That’s our “Why”. What’s yours? Let’s find out together. Request a free quote and together we’ll identify your “Why”.