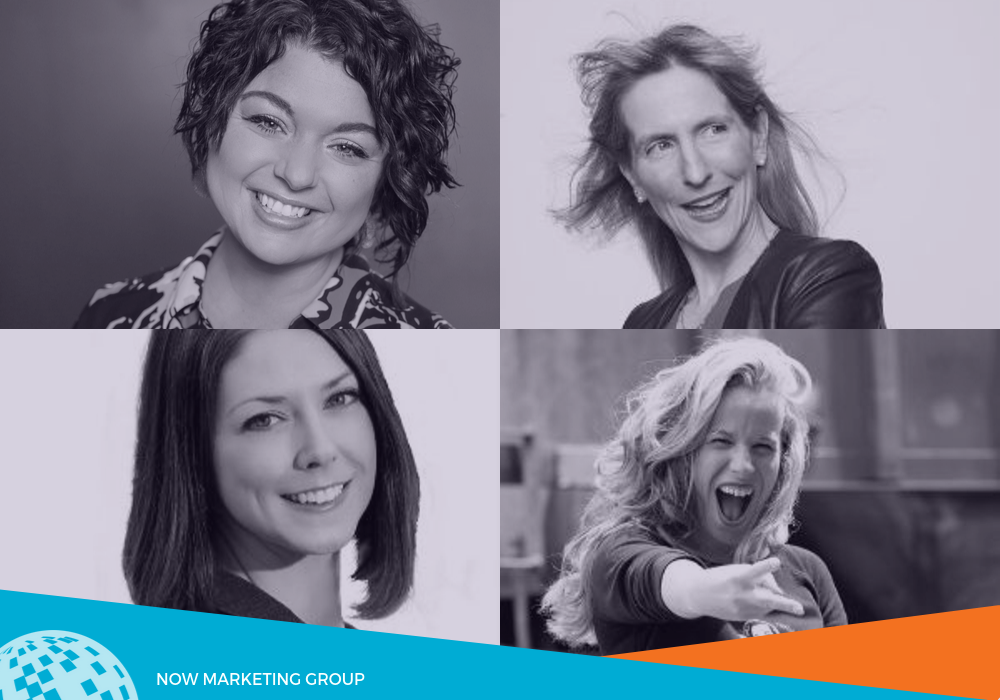 When Forbes released its list of America’s 100 Most Innovative Leaders, they claimed to be featuring “the most creative and successful business minds of today.” But, as the internet was quick to point out, the list was … 99 percent men.

Kathy Klotz-Guest, Judi Fox, and Kelly Noble Mirabella all had some thoughts after seeing the article. They joined Jessika Phillips, our president and CEO, for a live stream to talk about the list, its implications, and what we can do about it.

Watch them discuss the topic here.

Every one of these ladies is an awesome business-owner themselves; they’re smart, unique, and independent. They understand what leading as a woman means.

And, like a lot of ladies, they were shocked to hear that there were almost no women chosen in Forbes list of America’s Most Innovative Leaders for 2019. (Um, just one. Really? Out of 100 people, only one woman?)

But, what shocked everyone even more is how long it took Forbes to own up to what they did.

“What was really hard was to listen to the Forbes analysts, and have them double-down and defend the methodology,” Klotz-Guest said. “I was watching the exchange, and (eventually) they admitted that their methodology was flawed, but it took them a while, and they wouldn’t apologize.”

That’s right, nearly a week later, they finally had Moira Forbes–a woman–give a response to the critique to own up and say that, yes, they had screwed up.

Of course, the analysts themselves were primarily men. It’s almost certain that there was unconscious bias from the start.

“Like a lot of things, there wasn’t a woman in the room to say, what? This is exactly why women editors need to be in the room, having these conversations.” @kathyklotzguest (click to tweet)

Phillips, Klotz-Guest, Fox, and Mirabella all agreed: it’s not about the list itself. It’s about the process, how the methodology was determined, and what it entailed.

“There are several women that could have been, should have been on the list,” Phillips said. It’s not about the men, they have worked hard and kudos to them, she explained. It’s about the women that were left off.

“It’s like the bad kind of goosebumps,” Fox said, who was unaware of the controversy surrounding the article when she pulled it up. “What does that say about innovation?”

“Truly, innovation is when you have merged different diversities and ideas and thoughts,” Fox continued. “You see Spanx and Sara Blakely and how much innovation there was there … all that purchasing power is women, yet at the same time, we weren’t in that list.”

Mirabella listed out Melanie Perkins with Canva, Judith R. Faulkner with Epic Systems, and Whitney Wolfe Herd with Bumble as examples of women who have innovated their industries and companies.

Indra Nooyi recently stepped down as CEO at PepsiCo. During her 12 years there, she increased revenue by 80 percent! That’s just one story out of many. When women step into the boardroom, they turn it around.

“You want to succeed, you put women on the team,” Mirabella said.

Not only that, but the list also left off people of color and other marginalized groups. There were no African-American innovators. Instead, the people who were chosen represented only a small piece of the pie. They were primarily white men. That’s a real issue.

“If you define it in a limited capacity, then time and time again, we are going to keep resurfacing the same people.”  @kathyklotzguest  (click to tweet)

For example, one of the stipulations was that you had to be a CEO for a certain amount of time. Right there that limits women who had recently been promoted, Klotz-Guest explained.

So what can we do?

If you see something, say something. Klotz-Guest explained that when she saw a UX design conference with exclusively white, male speakers, she emailed the conference organizer to ask if they needed any recommendations for speakers. She was able to hook them with three women, two of whom were people of color.

Mirabella encouraged people to utilize their connections and friends, but to reach out a little farther than the people you talk to every day. Ask your friends who they know who is aligned with your ideals and values, but who may offer another perspective.

The ladies agreed: we don’t want all-women panels about being a “woman in business.” Let’s have a panel about running businesses and have a diverse group of individuals who can share with us the knowledge they’ve gleaned because of their own unique mindsets and backgrounds.

How about a keynote speaker who is a woman or a person of color or someone who has a disability or who is from a different culture than you or who is LGBTQ+?! There is so much value in hearing from diverse groups of people.

That’s what we want! We want to have representation. There is room for all of us. So how about we make some space at the table, yes?

We’d love to gather a list of impressive, diverse innovators who have shaken up their business and industry with out-of-the-box ideas. Share your favorite innovators with us and let us know what they did that was so unique.

How To Channel Your Inner Leader And Start Leading With Confidence

The Power of Leadership Through Laughter