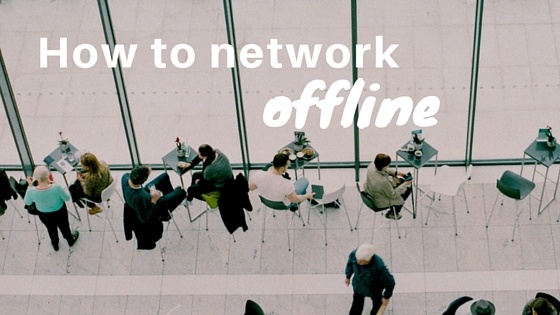 (This is a follow-up blog to our weekly #MagnetMarketers session with Jessika Phillips, Mike Gingerich, and Ravi Shukle.)

While it might sound intimidating, networking offline is easy. You just have to be yourself! You’re there to meet new people and make new connections. But you’re also there to be you and to have fun. So don’t stand around, stand out!

There are two very simple ways to stand out. Be uncommon! Don’t stick with a plain suit. Wear something different, something unique to you. You’re not a billboard, so don’t present yourself as one. Secondly, add value to the conversation. Ask questions and learn about the people you’re speaking with so you can know how you can help them.

When you network offline, you don’t have to be the solution to everything. Introduce people to others, and be the connector. Step out of your comfort zone and reach out to others.

What can you bring to the table in the moment?

Pick your moments to shine carefully because not everyone is going to be a valuable connection for you. Make a goal to listen to others, but when you find someone you think would be a good fit, that’s your cue. You’re trying to pick someone who you would want to take on a “second date.” They’re the person you want to get to know better. After the networking event, try to connect with them on social media. Add them as soon as possible so too much time doesn’t pass between the follow-up.

To figure out if it the person is someone you want to connect with, ask questions and see if you’re making connections. If it’s “the one” they will leave a lasting impression and conversation should flow naturally. Talk about yourself a little bit and find mutual connections. Don’t stick to the typical conversation starters. Think outside the box. If you’re attending a conference break away from anyone you might be attending with, and meet new people.

Figure out why you are networking. What are your goals?

Body language is important to watch. If someone is into the conversation, they should be making eye contact and positioning themselves towards you. You should be doing the same thing if you’re interested.

Remember, you’re conversing. People want to interact with you. So while it’s great to introduce yourself and describe what you do, try not to have a rehearsed elevator speech during the first 30 seconds of meeting someone. If it sounds rehearsed, it won’t sound real.

Make sure you have a goal. What’s the most important point that you want to get across? Your focus is not on selling, though. Networking events are for meeting new people. However, make a good impression, and it could lead to a sale down the road. So instead of thinking about your sales, set a goal of how many people you want to meet. What kind of person would you want to meet? Are they experts in a particular field?

Remember: nothing ventured, nothing gained. Put yourself out there and meet new people.

Last but not least remember to have fun, it’s not a business meeting so go ahead and throw a joke in there! The most important thing is that you get out of your comfort zone, listen to others, and then follow-up with them via social media.

If you missed out on our session and want to hear more of the conversation, replay it here. And, join us on Tuesdays at 4 p.m. EST for our next #MagnetMarketers.

How To Be A Boss In Your Own Business