The secret gold mine in your business 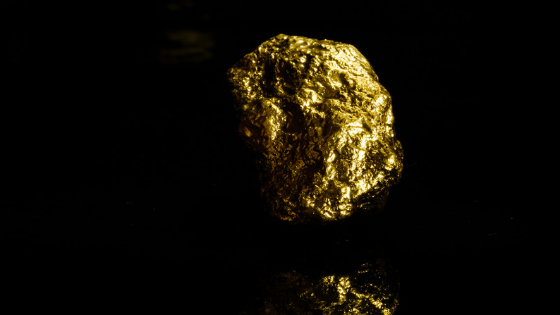 John Highley is the founder of Dent Magic and company operator and master trainer who's responsible for marketing, overseeing day to day operations and at Paintless Dent Repair.

Check out his podcast The Marketing Revolution here.

We talked to John about his growth in the last 20 years. He has moved from an auto dent repair technician to a respected marketer who focuses on helping other people in his industry.

Here are his tips for finding gold mines in your business.

You were working in an industry that had a pretty high failure rate. Tell me about that pivot, that moment where you knew you needed to make it work regardless of the statistics. You made it your mission to understand marketing.

It became an obsession of mine. I really believe it’s the reason I was out on this earth, not only to teach marketing but to teach people it doesn’t matter where you come from. I’m a perfect example of that. I’m a convicted drug dealer. I was convicted of trafficking. That would have been 19 years ago. They arrested me before we had my boy and then they did an indictment for me when he was three months old and took me back to jail. That’s why I have so much empathy for people who come from bad areas. A lot of people don’t understand the mindset you grow up with. I grew up with a mindset that it was a dog-eat-dog type of world. One of my friends, he is in jail today, he was a crack dealer. I didn’t understand that was bad. I have not been in any trouble since then. I’m proud to say that changed my life. It’s a blessing that it happened because if it didn’t happen my circle would have continued to grow and things would have gotten worse. But I’m someone who came from the depths of where a lot of people would never want to be or wouldn’t understand. I’ve been given that second opportunity.

That’s where you found the secret gold mine though. It’s one thing to learn it, it’s another to teach it. I think that’s where the shift happened.

The secret of all of that would be action. One of the things I did was, my mobile dent removal business started doing really well. At least well enough to create a good living for us. I ended up switching over to Napoleon Hill’s Think and Grow Rich. I listened to it, I’m not kidding, every time I’m driving. I’m a mobile-driving technician, going from home to home doing dent removal. And I listened to that book three years straight. Every time I got into my car, I listened to it. It ingrained the principles inside my mind about how to position my mindset. What I found was that action was the key. Action was the true measure of intelligence. [Hill] said an ounce of action is worth a ton of theory.

As we work with clients, we tell them to share what you know. Many of them are hesitant to do so because they’re afraid their secret will be out. Did you go through the same thing?

That was a big fear. And we did get a little bit of backlash. The thing that helped is that we had previously helped so many people without asking for money. We had a little army of people who were dedicated to what we were doing. When we created denttrainer.com, we were both still working with our businesses, so it was like a side hustle. Literally, it took us two years to get all of the content ready because we wanted to launch with 300 videos. We did that. We created 300 videos and had them fully, professionally prepared. I knew that if any competitio

n came along, I would always want to be 300 videos ahead of them. Back then, it was all about giant content.

The industry has really changed, and not everyone has a huge budget. How would you suggest someone start with all this?

I’d say if you’re looking to jump into the expert industry, which is r

eally what we’re talking about, you only have to be one step ahead of the people you’re teaching. You have to realize that there might be a market where you are one step ahead of everyone else. But, be yourself. People care way too much about what people think. You have to fall into exactly who you are. Nobody is ever going to be perfect, and nobody is ever going to see your perfect self.

Use your time as an investment. I found out I was using my time very wrong. I was doing this that was really wrong, I was doing things that were reactive, not proactive. What I would tell people is to be very particular in what you invest your time in and understand the type of return you're going to get from it.

You’ve talked about “creating your Voltron.” Can you share that with our audience?

Voltron is several characters and what happened was all these characters came together they would create one massive robot that would kick anythings ass. Really it’s the same idea as a mastermind or surrounding yourself with people to get things done quickly. What I do is, I have my Voltron, I have my people. There are times when I come in, I don’t want to do anything. But, I tell myself I at least need to hire four people to do something for me. So I just spend one hour in the morning and hire people to do 40 hours worth of work, and I’m done. I also block out time, two 25 minute blocks, and get so much work done. That’s how I amplified my time, that’s my Voltron.

Have you found any secret gold mines in your business? How do you use action to propel what you do forward?

This transcript was edited for clarity and length.

What It Means To Become An Unapologetic Entrepreneur