4 things you need to know about Twitter for business 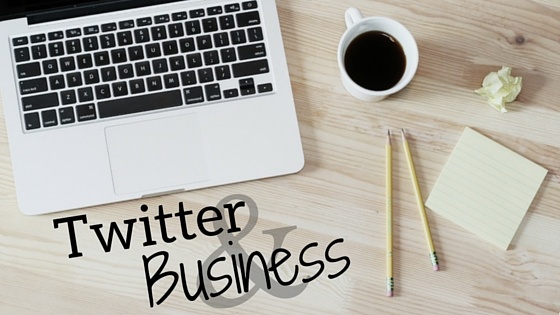 (This is a follow up blog to our weekly #MagnetMarketers session with Jessika Phillips and Mike Gingerich, with special guest Bernie Borges!)

Twitter gets a little bit of a love/hate from adopters of social media. But the platform has changed quite a bit from the early days, and it has grown to become a handy tool for businesses to effectively grow their audience and customer base. We sat down with special guest Bernie Borges to talk about the platform and get his ideas as an early adopter of Twitter.

Bernie Borges is a veteran B2B marketer, with a career spanning tech ventures in New York, Silicon Valley and Florida. Borges is the Executive Producer of the Social Business Engine and CEO of Find and Convert. Borges is the author of Marketing 2.0, one of the first 50 books written on social media strategy. He is a frequent speaker at marketing conferences, including Content Marketing World, and a former AMA Face to Face Workshop Faculty member.

What’s the difference between five years and now in the Twitter and social media world?

The biggest thing is that it has become mainstream. If you sit down and watch TV you’ll see how Twitter has become to dominate in our culture. You’ll see on the news who tweeted what, all the Twitter wars people are having, even the Pope and Donald Trump have fought with words via twitter.

We’ve reached the point where everyone is on Twitter. Another change is that before companies were posted behind the company logo. But now we’re seeing individuals within the businesses or brand become more active. But they’re not using Twitter to its fullest potential. They’re not Tweeting or engaging, or they don’t understand the urgency of the platform. They’re responding to Tweets three days later. So there is still a learning curve for many of them.

With that said, there are many more brand engagements and ambassadors. Businesses are using their team members to really connect with people and talk about the brand. People are falling in love with the individual. That’s because you can get directly to the person. That’s why we love Twitter.

First, there are two guides of brands: B2C and B2B.

On the B2C side, customer care is a no brainer. Twitter is great for customer service! You can listen and respond to customer issues in real time, solving their problems. So if you’re in a B2C business customer care and engagement is a real obvious answer.

On the B2B side, there are two best applications: competitive insights and business development.

With both of these applications you’re creating streams on Twitter and following both competitors and individuals in their company, and following businesses that you would like to connect and engage with. You can also follow conferences, even conferences in different states and countries, to engage and share your ideas with participants.

These applications are for business development. When you follow people on Twitter whom you would like to connect with, begin by engaging with their tweets. Make sure you’re doing these in an authentic and meaningful way! If they’ve shared an article, read it and respond with your takeaway or ideas. If it’s their own article, consider commenting on the article. Anyway you can engage in a human way, do it! Eventually, you may be able to take that conversion offline and into the real world.

There are some sweet apps that help make Twitter easier to use. Because you have to post often to become seen, it’s easier to use these tools to schedule posts. Some of our favorite apps even let you reply and engage with people directly from their platform.

Our favorite tools include:

We’ve found that different people like different platforms. So we recommend that you check all of them out and find the one that suits you best.

What about the rumors of Twitter’s demise?

People are always saying that soon Twitter will be no more. But the truth is the answer is complex. They are a publicly traded company, and much of what we hear is coming from Wall Street. Twitter is not understood by Wall Street. The people on Wall Street largely influence the opinion of stocks, any stock. You’ll see articles saying Twitter growth has stagnated, with Facebook growing. Comparing Facebook and Twitter is, as the saying goes, like comparing apples to oranges.

Facebook has more than a billion users. Twitter has 20 million or so. Wall Street compares those numbers, and it looks bad. They think it’s an underperforming stock. But really there are two different platforms.

Somebody is eventually going to buy them -- current speculation is Google, however, Borges predicts IBM -- and once that happens, Twitter may have a hand up.

If you missed out on our session and want to hear more of the conversation and learn more about Twitter for business, replay it here!  Join us next week on Tuesday at 4 p.m. EST on #MagnetMarketers for our next session.

How To Position Yourself As An Industry Expert Using Social Media